Finding health insurance prices for care is an ordeal : Shots 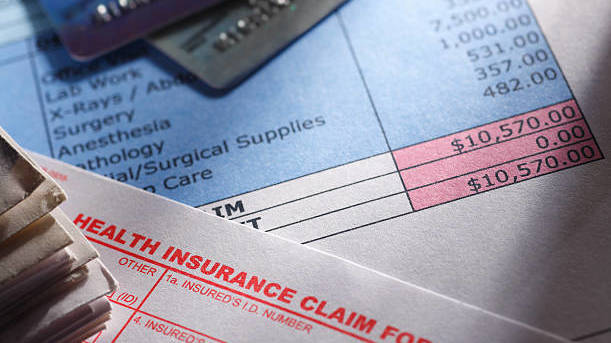 Insurers are complying with federal rules aimed at price transparency that took effect July 1, but consumer use of the data may have to wait until private firms synthesize it.

Insurers are complying with federal rules aimed at price transparency that took effect July 1, but consumer use of the data may have to wait until private firms synthesize it.

Data wonks with mighty computers are overjoyed. Ordinary consumers, not so much.

That’s the reaction about three weeks into a data dump of enormous proportions. Health insurers are posting their negotiated rates for just about every type of medical service they cover across all providers.

But so much data is flowing in from insurers — tens of thousands of colossal digital files from a single insurer is not unusual — that it could still be weeks before data firms put it into usable forms for its intended targets: employers, researchers and even patients.

“There is data out there; it’s just not accessible to mere mortals,” said Sabrina Corlette, a researcher at Georgetown University’s Center on Health Insurance Reforms.

Insurers are complying with federal rules aimed at price transparency that took effect July 1, she and others said. Realistically, though, consumer use of the data may have to wait until private firms synthesize it — or additional federal requirements start to kick in next year aimed at making it easier for consumers to use the price information to shop for scheduled medical care.

So why post prices? The theory is that making public this array of prices, which are likely to vary widely for the same care, will help moderate future costs through competition or improved price negotiations, although none of that is a guarantee.

Hospitals last year came under a similar directive, which stems from the Affordable Care Act, to post what they’ve agreed to accept from insurers — and the amounts they charge patients paying cash. Yet many dragged their feet, saying the rule is costly and time-consuming. Their trade association, the American Hospital Association, sued unsuccessfully to halt it. Many hospitals just never complied and federal government’s enforcement has proven lax.

While government regulators have sent more than 350 warning letters to hospitals, and have increased the potential civil penalty fines from $300 a day to up to $5,500, only two hospitals have been fined so far.

The requirement for insurers is broader than that faced by hospitals, although it does not include cash prices. It includes negotiated rates paid not only to hospitals, but also to surgery centers, imaging services, laboratories, and even doctors. Amounts billed and paid for “out-of-network” care are also included.

Penalty fines for not posting can be higher than those faced by hospitals — $100 a day per violation, per affected enrollee, which quickly adds up for medium- or large-size insurers or self-insured employers.

“We’re seeing high compliance rates because of the high penalties,” said Jeff Leibach, a partner with the consulting firm Guidehouse.

The data is posted on public websites, but it can be hard to access — mainly because of size, but also because each insurer approaches it differently. Some, like Cigna, require would-be viewers to cut and paste a very long URL into a browser to get to a table of contents of the price files. Others, including UnitedHealthcare, created websites that directly list a table of contents.

Still, even the tables of contents are huge. UnitedHealthcare’s webpage warns it could take “up to 5 minutes” for the page to load. When it does, there are more than 45,000 entries, each listed by the year and name of the plan or employer for job-based policies.

For consumers, accessing any single plan would be a challenge. At the moment, it’s also difficult for employers, who want to use the information to determine how well their insurers negotiate compared with others.

Employers “really need someone to download and import the data,” which is in a format that can be read by computers but isn’t easily searchable, said Randa Deaton, vice president of purchaser engagement at the Purchaser Business Group on Health, which represents large employers.

After an initial peek, she has seen wide variation in costs.

“In one plan, I could see negotiated rates that ranged from $10,000 to $1 million for the same service,” said Deaton.

But the larger picture won’t be clear until more of the data is cleaned: “The question is what is the story this data will tell us.” she said. “I don’t think we have the answer yet.”

Congress and administration policy rule makers expected that the insurer data would be overwhelming and that private firms and researchers would step in to do the deep analysis and data production.

One of those firms is Turquoise Health, which was “overjoyed by the amount of data,” said Marcus Dorstel, vice president of operations.

The company, one of a number aiming to commercialize the data, had by mid-July downloaded more than 700,000 unique files or about half a petabyte. For context, 1 petabyte is the equivalent of 500 billion pages of standard typed text. Its expectation, Dorstel added, is that the total download will end up in the 1- to 3-petabyte range.

Turquoise hopes to share organized data with its paying customers soon — and offer it free of charge to ordinary consumers sometime after that on its website, which already lists available hospital prices.

What you can do now

Let’s say patients know they need a specific test or procedure. Can they look online at insurer data postings to choose a treatment site that will be most cost-effective, which could be helpful for those who have yet to meet their annual deductible and are on the hook for some or all of the cost?

“Maybe an individual with a laptop could look at one of the files for one plan,” said Dorstel, but consumers would find it difficult to compare among insurers — or even across all the plans offered by a single insurer.

Consider, for example, what it takes to try to find the negotiated price of a particular type of brain scan, an MRI, from a specific insurer.

The first hurdle: locating the right file. Google “transparency in coverage” or “machine-readable files” with an insurer’s name and results might pop up. Self-insured employers are also supposed to post the data.

Next step: Find the exact plan, often from a table of contents that can include tens of thousands of names because insurance companies offer so many types of coverage products or have many employer clients that must be listed as well.

Downloading and deciphering the tangle of codes to pinpoint one describing a specific service is next. It helps to have the service code, something a patient may not know.

Starting Jan. 1, another rule takes effect that could provide consumers with some relief.

It involves the apps and other tools that some insurers already provide for policyholders so they can estimate costs when preparing for a visit, test or procedure.

The new rule bolsters what information is available and requires insurers who don’t offer such tools to have them ready by that date. Insurers must make available online, or on paper, if requested, the patient’s cost for a list of 500 government-selected, common “shoppable services,” including knee replacements, mammograms, a host of types of X-rays, and, yes, MRIs.

The following year — 2024 — insurers must provide consumers with the cost-sharing amount for all services, not just those initial 500.

An explanation of benefits plus price comparison

Another regulatory layer stems from the No Surprises Act, which took effect this year. Its overarching goal is to reduce the number of insured patients who get higher-than-anticipated bills for care from out-of-network providers. Part of the law requires providers, including hospitals, to give an upfront “good faith estimate” for nonemergency care when asked. Right now, that part of the law applies only to patients who are uninsured or using cash to pay for their care, and it isn’t clear when it will kick in for insured patients using their coverage benefits.

When it does, insurers will be required to give policyholders cost information before they receive care in a format described as an advance explanation of benefits — or EOB. It would include how much the provider will charge, how much the insurer will pay — and how much the patient will owe, including any outstanding deductible.

In theory, that means there could be both an upfront EOB and a price comparison tool, which a consumer might use before deciding where or from whom to get a service, said Corlette at Georgetown.

Still, Corlette said, she remains skeptical, given all the complexities, that “these tools will be available in a usable format, in real life, for real people on anywhere near the timeline envisioned.”