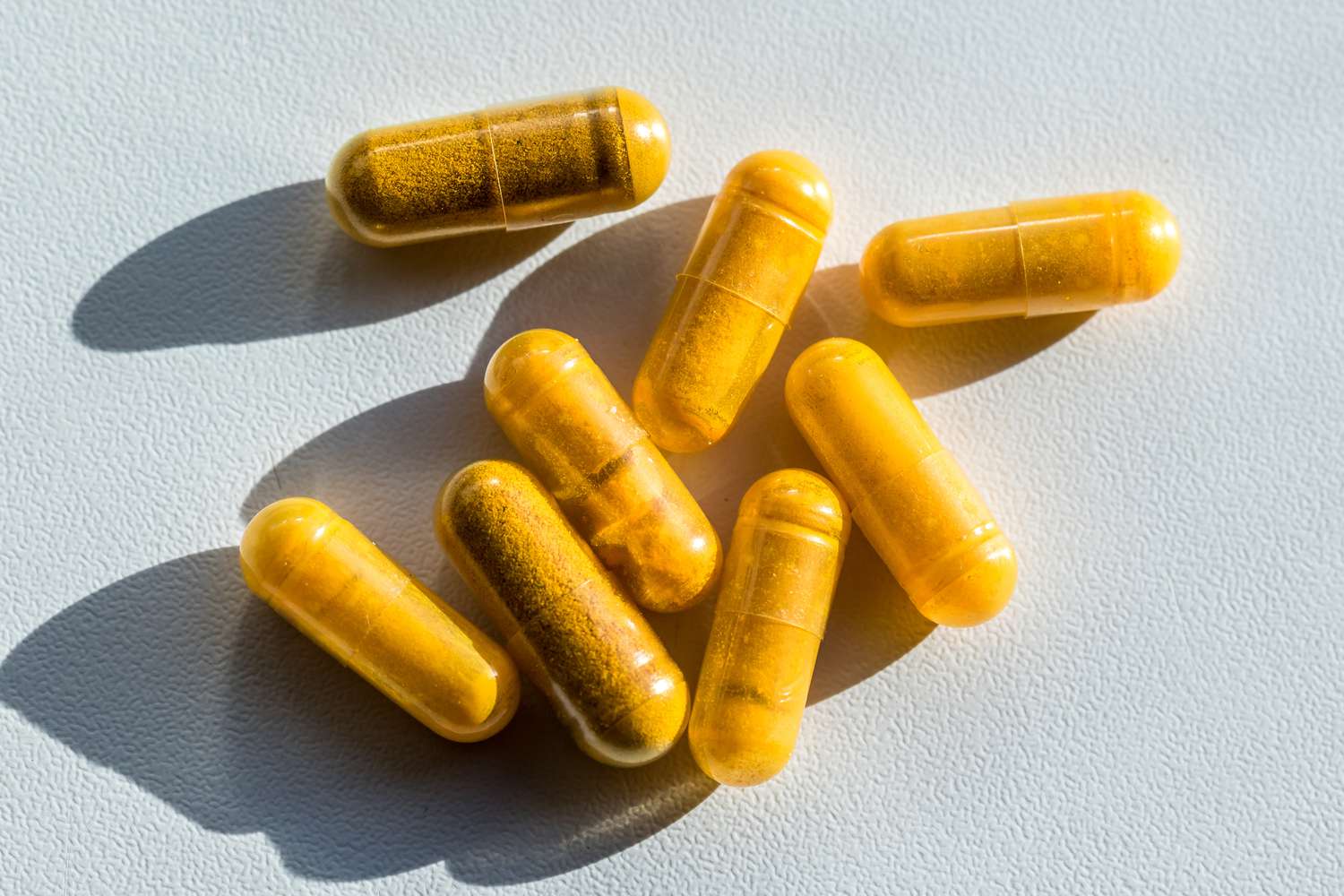 Turmeric supplements have been linked to a small but growing number of liver injury cases, leading some experts to urge people to use the herbal remedy with caution.

New research—from a recently published study in the American Journal of Medicine as well as a presentation at the annual scientific meeting of the American College of Gastroenterology—outlines 15 different case studies of drug-induced liver injury, related to turmeric supplements.

“Physicians in general have so many patients that take this natural supplement that’s thought to be very safe,” Zachary Marwil, MD, a gastroenterologist and hepatologist with the Northwell Health Endoscopy Center of Long Island, told Health. “But there have been some cases reported, more recently, it seems—it’s still pretty rare—of patients that develop […] what we call a drug-induced liver injury.”

Here’s what to know about turmeric-related liver injuries, and what to consider if you’re currently taking the supplement, or before you start using it, to do so as safely as possible.

Turmeric—which contains the active ingredient curcumin, shown to have anti-inflammatory and antioxidant properties—is considered “generally safe” by the US Food and Drug Administration (FDA) when taken at the recommended levels (up to 60 mg).

The supplement is marketed as being able to help with a wide range of health issues, including arthritis, respiratory infections, depression, allergies, and liver disease—and it continues to gain popularity in the US.

In 2020, turmeric was the fourth-highest-selling herbal supplement in the country. Turmeric-based drinks are expected to grow in popularity in the coming years, as well.

This popularity may be able to help explain the increased incidence of turmeric-related liver injuries as identified by researchers—and they’re curious to know if the supplement has always caused a liver injury on some level, or if there’s something different about current turmeric supplements.

“Is it that it [was] always going to cause a low level of liver injury, and just because more people are using it, we’re seeing it more?” mused Robert Fontana, MD, professor of internal medicine at the University of Michigan Health. “Or is it something about the newer products or formulations?”

Of the cases that were high confidence for drug-induced liver injury, 345 were attributed to an herbal or dietary supplement; 10 of those cases were linked to turmeric, and occurred during or after 2011, with the majority taking place since 2017. Most cases were mild to moderate; one person died.

Researchers discovered that turmeric-induced liver injury in the study typically occurred in middle-aged women using the supplement for arthritis, pain relief, or general health. Symptoms usually appeared within 84 days after first use.

The data presented at the American College of Gastroenterology meeting showed similar findings. Five different teams of researchers presented on five different case studies in which turmeric was linked to drug-induced liver injury.

All featured patients were between the ages of 49 and 64, and experienced symptoms similar to the 10 previous liver injury cases, including fatigue, nausea, and jaundice.

According to Dr. Marwil, whose team presented one of the case studies at the meeting, the link between turmeric and liver injury wasn’t immediately clear.

“After going off all medication, [the patient] had gotten better,” said Dr. Marwil. But as soon as she restarted her turmeric regimen, the jaundice and hepatitis reappeared. “It  was only at that point that we were able to realize [the cause],” he said.

Patients, like doctors, likely also don’t immediately suspect turmeric supplements to be the cause of what ails them, or consider their supplement routine relevant.

“Patients don’t frequently tell you what they’re taking,” said Dr. Fontana, who was an author on the clinical research study. “They assume that something over the counter can’t be toxic, because, ‘Why would they sell it to me at the grocery store?’”

In that case, it’s possible that cases of turmeric-related liver injury are much more common than have been reported so far, added Dr. Fontana.

It’s important to note that those who acquired liver injury after taking turmeric did not appear to be misusing the supplements.

“It didn’t seem like they were taking too much [or] they were overdosing,” said Dr. Marwil. “It just seemed like kind of a perfect storm of some type of hypersensitivity along with the fact that now [with] these supplements, you’re getting more in your body than you probably previously were in previous iterations of the supplement.”

In the clinical research study, three of the seven turmeric products obtained from those with liver injuries also contained piperine, or black pepper.

Researchers noted that, when added to turmeric, black pepper can “substantially increase” the supplement’s systemic bioavailability, or the ability of a substance to be absorbed and used by the body. This could also increase the likelihood of liver injury, researchers said.

“Now you have more of this drug, for lack of a better term, coursing through your bloodstream, passing through your liver,” Dr. Marwil said, referencing the addition of piperine to turmeric supplements. “Because these drugs—based on their engineering, it seems—have become more bioavailable, more of the drug is now exposed to the liver, hence, you get these cases.”

Researchers are also looking into a specific gene called HLA-B*35:01, which was found when patients in the clinical research study underwent human leukocyte antigen (HLA) sequencing.

Previously, HLA-B*35:01 had been implicated in liver injury associated with green tea, Garcinia cambogia, and Polygonum multiflorum. Seven of the 10 patients carried HLA-B*35:01, but differences among the patients were minor and cases were too few to make any conclusions about a link between the gene and turmeric-associated liver injury.

“We have a clue now. And then we’ve got to figure out, why is it that the HLA-B*35:01 people are more prone to this reaction?” Dr. Fontana mused. “And then that way we can figure out maybe, [among] those people, who’s really susceptible.”

Though the new research highlights that liver injury due to turmeric supplementation appears to be increasing in the US, experts maintain say more research is needed before any sweeping recommendations on supplement use are made.

“There’s probably several million people taking this [supplement],” said Dr. Fontana. “We want to alert them. But we don’t want to scare people, that this is going to lead to a recall and this kind of thing. Because the incidence here is still pretty low.”

That said, it’s still important for patients and doctors alike to be in the know about warning signs of drug-induced liver injury so people can seek care and treatment as soon as possible.

Symptoms such as abdominal pain, nausea, and jaundice are common with drug-induced liver injury, and have the potential to be associated with turmeric supplements, even if a person has been taking them for a while at the recommended dosage.

Dr. Fontana also explained that he hopes to spread the word so that people who may experience negative side effects from taking turmeric or their physicians can report the case to the Drug-Induced Liver Injury Network, and in turn, hopefully give researchers a clearer picture of who could be at risk in the future.

“Most people recover, but boy, if we could build that out so no one got liver injury, as a doctor, we would want to do that,” Dr. Fontana said. “That’s how medical progress is made slowly but surely, using human genetics to try to improve efficacy and reduce risk.”