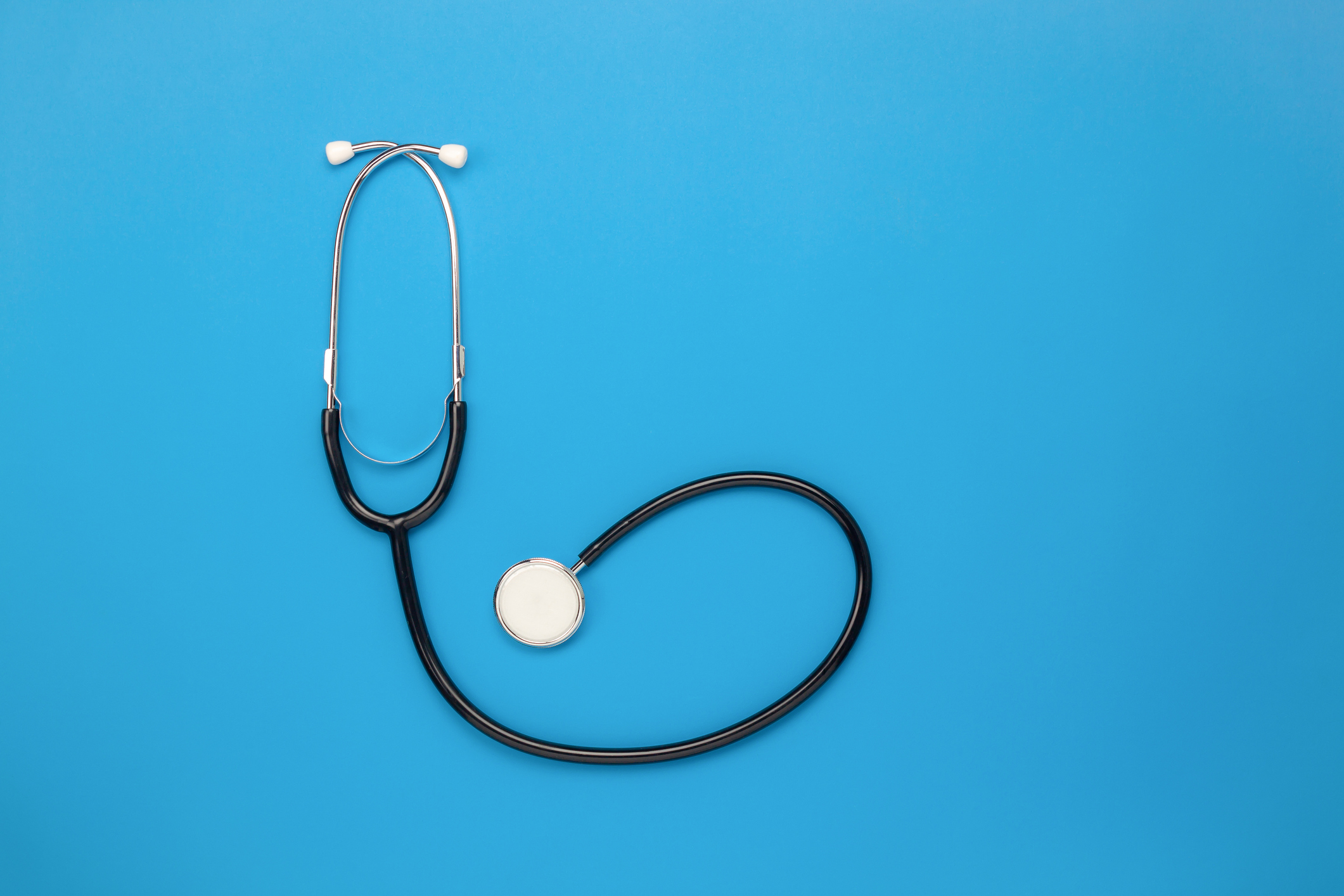 Over the years, the Democratic People’s Republic of Korea (DPRK) has restructured and improved its health policy. The changes in the DPRK’s National Health Priorities (NHPs), which were published in 2004, 2010 and 2016, reveal how the landscape is shifting in relation to the health needs of the North Korean people. These changes also reflect the country’s willingness to adopt the health agendas of the broader international community and make them their own. In this study, we analyze the DPRK’s health priority trends to better understand how they align with those of the global community. By doing so, this can allow for the possibility to more accurately identify further opportunities for international cooperation.

Changes on the NHP of DPRK

With the decline of communicable diseases, there has been a growing emphasis in the DPRK on noncommunicable diseases (NCDs), such as cancer and cardiovascular disease (Ha and Lee 2019; Hyon, Nam and Sun, 2017). The increasing prevalence of NCDs is explained by a combination of factors, such as an aging population and high rates of tobacco and alcohol use (Ha and Lee 2019; Park, Lim and Ahn, 2019).

The World Health Organization’s (WHO) publication NCD 2018 Country Profiles reported that NCDs account for 84 percent of deaths in the DPRK,7 which is an increase from 65 percent in 2010 (World Health Organization 2018; World Health Organization 2011). NCDs ranked as the third, fourth and eighth most important NHPs from 2004-2008. From 2010-2015, they were consolidated under the fifth priority of “Strengthen the prevention and control of major NCDs and related risks.” Similar to communicable diseases, NCDs were not explicitly addressed in the 2016-2020 NHPs. Instead, NHPs related to communicable diseases and NCDs were also reframed as a fifth priority under the need to “strengthen the systems for the prevention and surveillance of diseases,” with a direct emphasis on population-level management of diseases.

Maternal and child health has been a fixture in the DPRK’s health agenda since the DPRK started publishing NHPs. It ranked fourth from 2004-2008 and third from 2010-2015, but dropped in priority to ninth and tenth for 2016-2020. This decline is unlikely due to their decreasing in significance as opposed to being a reflection of the progress the DPRK has made in its maternal and child health care programs. In 2006, the DPRK initiated a joint program with the Republic of Korea (ROK) to improve the health of mothers, newborns and young children (McCurry 2010). In just four years, the country achieved a reduction in cases of diarrheal diseases in children and trained over 6,000 health care professionals in essential and emergency obstetric and newborn care (McCurry 2010). Recent statistics support the ongoing progress in this area, where the rate of low-birth-weight infants dropped from 6.7 percent in 2002 to 3.1 percent in 2017 (Choi 2021).

The DPRK recognizes the importance of the interplay between the environment and health, as reflected by having ranked it as the tenth NHP priority in 2004. It returned as sixth on the 2016-2020 NHP list as “provide a safe and healthy environment.” This shift in importance coincided with two important global events: the DPRK’s ratification of the United Nations (UN) Sustainable Development Goals (SDGs) and the Paris Agreement (United Nations; United Nations Framework Convention on Climate Change). The DPRK’s endorsement of these multilateral initiatives, both of which directly relate to environmental sustainability and the preservation of natural resources, highlights the DPRK’s continued stance on environmental issues.

The DPRK is committed to upgrading and modernizing its health system in multiple directions:

Initially, the “Development and application of new technology” was the eleventh 2004-2008 NHP priority, and “Integrate the health management information system” was the eighth priority for 2010-2015. While technology-related priorities ranked relatively low in the first two NHP publications, the development of technology, the implementation of telemedicine and information management all skyrocketed to the top of the DPRK’s agenda for 2016-2020. Experts have long argued that technology holds great promise for providing accessible care in under-resourced settings and have specifically cited telemedicine and health information technologies as solutions to achieving the Sustainable Development Goals (SDGs). According to the 2019 WHO Country Cooperation Strategy, the DPRK and WHO successfully implemented a telemedicine network that covers four special municipalities and all provincial levels, with future plans to continue expanding the network’s reach (Figure 1) (World Health Organization, Regional Office for South-East Asia, 2016). In addition to telemedicine, the DPRK has also invested in and developed its own cutting-edge medical technology, such as a domestically-produced multi-detector computerized tomography (CT) scanner (Figure 2), artificial knee joints (Figure 3) and orthopedic implants (Choi 2016; Park and Ham 2021). The DPRK’s new emphasis on developing its technological infrastructure reflects the growing prominence of technology in the global health sphere.

“Essential drugs and quality assurance” moved from 12th place for 2004-2008 to sixth for 2010-2015 as “Provide sufficient essential and OTC medicines” in 2010-2015. This upward trend continued in 2016-2020, with “Facilitate the modernization of medicine manufacturing and the production of Koryo traditional medicine, as well as the modernization and production of medical tools” rising to fifth in priority. The DPRK shifting its focus from providing essential medications during 2004-2008 to ensuring the local production of medicine in 2016-2020 points to the country’s goal of increasing its capabilities in becoming a self-sufficient health system.

The reference to Koryo traditional medicine, which is a quintessential pillar of the DPRK’s health care, first appeared on the list of NHPs in 2016. Sa-seols, which are editorials in the DPRK’s quarterly medical journals, have expounded upon the benefits of traditional medicine (e.g., hot springs, mineral water, and mud), its preventive and therapeutic properties, the potential synergy of Koryo and allopathic medicine in the development of drugs and its overall accessibility.

For the first time, “Strengthen the capacity of public health leadership and management” was listed as an NHP in 2016. Being listed as the 11th priority demonstrates the DPRK’s recognition of the need for experts with leadership and management training and experience in the public health sector. With the support of the International Federation of Red Cross and Red Crescent (IFRC), UNICEF, the United Nations Population’s Fund (UNFPA), WHO and other nongovernmental organizations (NGOs), North Korean scholars have been participating in overseas study tours and fellowships. Areas of study include the Integrated Management of Childhood Illnesses (IMCI) programs in Cambodia and Vietnam; traditional medicine in China; and public health and maternal mortality reduction in Sri Lanka, Malaysia, India and Thailand (Racha and World Health Organization, Regional Office for the Western Pacific 1999).

The DPRK also showed its commitment to the capacity building of health practitioners. “Training/reorientation of health workers,” which was listed as fourteenth for 2004-2008, moved up to seventh for the 2010-2015 period as “Strengthen health HR,” and down to eighth for 2016-2020 as “Improve the technical competency of health workers.” Moreover, two different NHPs addressed strengthening the section doctor system and improving the technical competency of health care workers.

The DPRK’s aims seem to target increased access through its aforementioned section doctor system and via improving the quality of its health care system by ensuring that providers receive better training(Korean Friendship Association). These efforts are in line with the DPRK’s existing policy on providing universal health coverage and SDG Target 3.8, which states: “Achieve universal health coverage, including financial risk protection; access to quality essential health care services; and access to safe, effective, quality and affordable essential medicines and vaccines for all” (SDG Target 3.8, World Health Organization).

The DPRK has continued to revise and develop its health policy into one that combines its own priorities with the health precedence established by the broader international community. Contrary to the customary portrayal of the DPRK as being a hermit kingdom, the country has exhibited an openness and willingness to engage with and learn from its global partners in the realms of health care. This provides a key opportunity for the rest of the world to further engage and collaborate with the DPRK’s medical sector by sharing critical knowledge relating to policy and public health. By doing so, the global community will help make it possible for the DPRK to achieve great advances in population health.